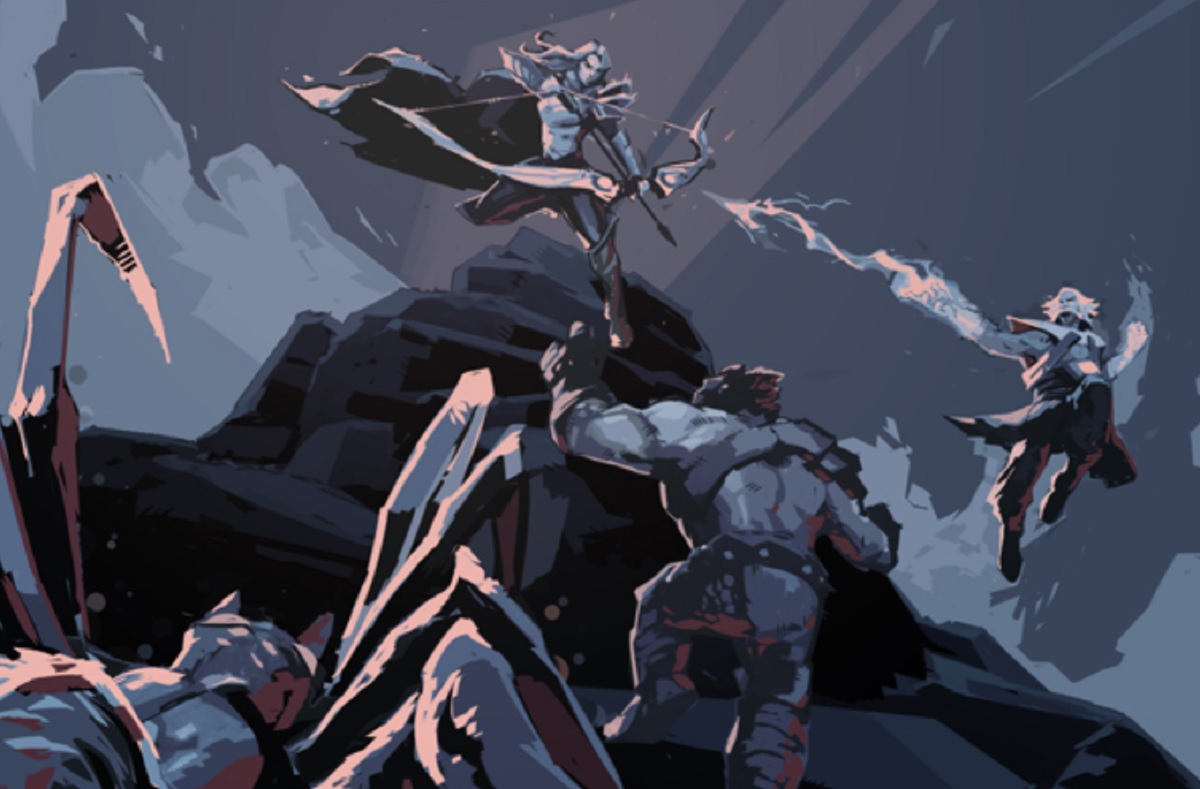 Regional finals are in no way a substitute for a full LAN Major, but unfortunate things do happen and hard decisions sometimes have to be made. With this temporary replacement system, well-performing teams will at least get a chance to prove themselves regionally and get some valuable DPC points. This week we are going to watch SA, SEA and WEU Regional Finals, so it’s a good time to discuss the participating teams and maybe speculate on their power levels.

Possibly the most unpredictable of all the regions, SA feels like it’s been hurt the most by the absence of big LAN tournaments. Right after the scene started showing good results and started developing its own, unique playstyle, the pandemic hit, stifling this evolution and, perhaps, demotivating some of the players.

Beastcoast is the most well-known name in this tournament and it is the same exact roster that made big news in 2019, getting Top8 for the region. They were also the strongest SA team this International, though the region as a whole was far from its peak performance. Right now it is hard to gauge the strength of the squad: on one hand they do have experience on their side, since they’ve been playing together for close to three years. On the other hand, their recent results were not particularly impressive and the way they played in the International elimination match still leaves a bit of a sour aftertaste among the fans.

The other three teams are genuinely big unknowns. Thunder Awaken is the de facto leader of the region, going 7-0 during the DPC tour. They have lost a single match to NoPing, otherwise going clean in all of their Bo3 series. Will the magic hold for the regional finals and will it persist till the next tour? Only time will tell, but there is definitely a reason to get excited about this team.

APU and Infamous were slightly less impressive in their performance. The former actually lost to all three participating teams during the league period. Though given how it is a relatively new, albeit not necessarily young, Brazilian squad, maybe they will improve enough to have a fighting chance.

The latter, Infamous, is a squad we are more used to seeing in regions like China and SEA. They have their experienced captain and leader in Accel, who is joined by several young and talented players. We don’t know whether this default formula will work for the region furthest from the default Dota, but it is one of the first attempts to do something like that in SA and so far it guaranteed Infamous top2 in the DPC League and the regional finals participation.

Sometimes we feel that if SEA teams didn’t have to go through a tough gauntlet of regional qualifiers, expending every bit of strength fighting within the region to make it to LAN tournaments, they would be more successful on the international stage. The spectacle these teams put out for the viewers is simply unparalleled, all while playing an undeniably high level of Dota, but is this constant, high level competition healthy?

The top4 of the region are, for the most part, veterans of the scene and this is possibly worrying.

Take BOOM, for example. You look at the roster and see the names and it all becomes clear — it is a Tims, skem, Fbz team. Of course it is top4 in its region and of course it will do well, despite being a last-minute substitute in the league.

One step below we have Fnatic, and it is a DJ, Jabz, Raven team. Nothing unexpected in them making top4. With some of the most consistent position four and position one players in the world, this team was expected to do well. And it did well.

Then we have T1, a Kuku, Karl and formerly a 23savage team. It is now confirmed that 23savage is being replaced by Gabbi, at least for the regional finals and the last minute roster change could be potentially damaging to the team morale. T1 didn’t look as hot in the League, as they did during the International, though, so perhaps some change was needed.

Finally, Team SMG, a team of veterans. MidOne is actually the youngest player in the roster at 25, while the average for the squad is pretty close to 27. This is an old squad, this is an experienced squad and this is a squad that will probably serve as the gatekeeper for the younger teams next Tour.

And we sincerely hope there is an influx of new talent in the region for the next season: with competition as brutal as it is in SEA, it is very hard to get into established teams as an unknown. So while it makes for some very entertaining Dota, it might also stifle the progress in the region.

The only “new” player across four teams in the regional finals was Tino on BOOM and with a 6-1 league stat, we would say that the bet paid off. Yet, for some reason, once again, he is being replaced by a face more familiar. We are not saying that JaCkky is in any way a downgrade, but he is not necessarily a straight up upgrade either and this volatility, very reminiscent to what was happening in the CIS in the post-Na'Vi — pre-VP era, doesn't feel productive.

It is still unclear whether the Puppey and Kuroky reigns are at an end, but neither Secret, nor Nigma made it to regional finals, letting youngsters through. Well, youngsters and Team Liquid, who went through several roster changes, but ended up getting both Zai and Matumbaman. One of these additions would be enough to promote this team from the consistent, but middling team we got used to in the previous season. Together, they make Liquid a new WEU powerhouse and one of the region’s favorites for the whole DPC season.

Team Tickles is made of bits and pieces of several squads, but most notably it is BOOM, Seleri and ImmortalFaith from Vikin.gg. The latter might not be a player, but he is still the squad’s coach and given how both Vikin.gg and now Team Tickles did well, he is a notable part of the team’s success. Whether Tickles will have more longevity than Vikings is still a question, but we definitely hope for the best.

Tundra Esports should have been at TI. There, we said it, not that it is a particularly controversial opinion. It is a team that peaked slightly too late last season and we hope they didn’t lose motivation because of it. Most notably, this team has an NA coach in Aui_2000. And now for a slightly more controversial opinion: Aui was the biggest reason EG won TI5, not Sumail or PPD and with Tundra he gets a chance to prove himself once again.

Finally, there is an all-new OG. Very few remember, but OG used to have an academy squad, OG.Seed. Well, not a single player from this academy squad is now on this new OG roster and instead it is five players no one knew about, before they started dismantling the likes of Secret and Nigma. It is often said that Ceb and Notail are the best talent scouts in the industry and this roster is definitely a confirmation of this statement. They might not be the first seed in this regional finals, but they are still the most successful, 100% new squad this season.