Phoenix has received several nerfs over the last few patches. It has had its base damage, strength and intelligence gain reduced and has received higher cooldowns on its Sun Ray and higher mana cost on its Fire Spirits. Overall, it seems like the hero has been significantly nerfed, but in reality, the hero is still one of the better supports in this slower metagame. in this article, we will explore how to succeed with this support at different points in the game and how this hero can take advantage of this slower metagame.

Despite the nerfs to Fire Spirits, the spell is still incredibly effective at the first 3 levels and beyond. Although the mana cost was increased to a flat 120 at all levels, the effectiveness has not decreased. You still create enormous pressure in lane by being able to deny range creeps through the 80 attack speed slow at level 1. Although Fire Spirits cost more, the second level of the skill provides a total of 560 damage over 16 seconds before reductions. Although a Phoenix has to be more selective with its Fire Spirits usage compared to the last patch, it still represents a force to be reckoned with in lane.

The skill is even stronger now that slower tempo, melee hard carries are coming back into the metagame. This includes heroes like Spectre, Faceless Void, and Sven, Spectre with a staggering 4.16% pick rate increase across all pub levels. Most of these heroes have a much harder time laning when a Phoenix is able to properly harass and deny range creeps through Fire Spirits.

Team fight is just as strong

The later the game goes, more and more emphasis is going to be put on team fights, and as the game goes longer, so does the duration of these team fights. These long team fights are where Phoenix’s kit really shines. They are able to output 6.75% max health damage over time while healing your allies for a 2.5% of their health every second. Being able to hit Sun Ray on an enemy while they are dueling your ally will almost always guarantee a win for your ally. Another positive of Sunray is that it invalidates a lot of tanky heroes that are currently being picked like Underlord and Slardar, which have a 56 and 53 percent win rate respectively in the Divine bracket. Although Sun Ray was nerfed in that the cooldown is now a flat 30 seconds across all levels, the skill can be reset with Phoenix’s ultimate, Supernova, which is discussed next.

Phoenix’s main team fighting tool will be its ultimate, Supernova. When used properly, it makes it so the enemy team has to fully commit to hitting the egg or disengaging, which requires coordination from the enemy team that your pubs might not have. Depending on where you are fighting, there are high grounds and spots where Phoenix can use Supernova and make it much harder for the enemy to hit it.

A prime location for Supernova would be any high ground where you can put a ward. If the enemy doesn't have an observer on the cliff, they cannot even hit the egg. Phoenix also essentially gets a Refresher Orb through the use of its ulti, granting him two instances of itsspells within a single team fight. Phoenix’s laning and overall hero might be weaker, but the nerfs do not really affect its team fighting ability. The likelihood that you cast Sun Ray twice in a team fight without the refresh from Supernova is already incredibly unlikely.

Taking up a quadrant

Phoenix is one of the more unique heroes that can be active, but also fits very well into the slower metagame that we have, as Phoenix is comfortable primarily scaling with levels and buying items situationally depending on the game. Post laning phase, Phoenix can really take advantage of a dead lane by pushing with long-range spells and farming the jungle in between to catch up from a losing lane, or to get even farther ahead.

Phoenix can comfortably farm in more dangerous positions because of how it can get away from most situations through Icarus Dive, and by building a defensive utility item like a Eul's Scepter or a Lotus Orb.

I definitely think that this hero is underrated in pubs and is at the bottom half of all heroes in terms of pick rate at 6.7%. Most people choose not to play the hero because it can be complex to learn and one of the more unique sets of abilities in the game. However, Phoenix is a hero that reaps the benefits of the time you put into it. An interesting stat is that Phoenix’s win rate lowers when its pick rate increases. This may suggest that when a person first picks up the hero, they will tend to lose more. However, with time, this hero can really carry your games in any skill bracket. The nerf is doing it really bad unless you play captain's mode. @ROCK How can they counterpick with snap in ranked where they dont even see ur phoenix pick? Id rather having phoenix support in my team that forces enemy to fill one of their core positions with snap, its like a win-win situation. 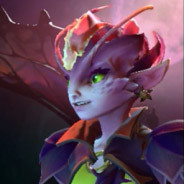