The Return of the Babysitter 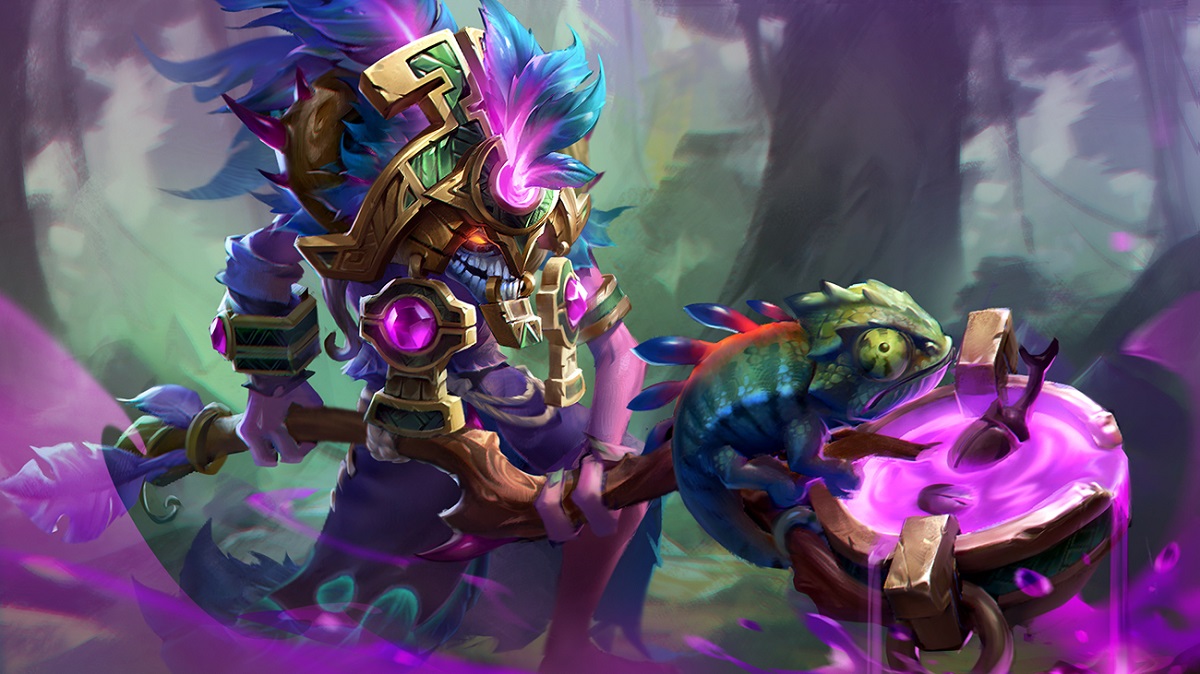 For a very long time the meta was dominated by ganking and aggressive supports. Position five Rubick was normal, Lion was the most popular support hero in the game and sometimes even Tidehunter was played as a five. With the last patch things changed a bit, though, and right now a completely different type of hero is statistically on top.

We’ve talked about both Warlock and Omniknight previously and they are, indeed, some of the better babysitter heroes in the game. Instead of repeating ourselves, we would like to highlight some other heroes who have been extremely powerful in higher level pubs.

Winter Wyvern fell out of meta for a couple of patches, but is now back in full force. The hero received some buffs in the last patch and is now one of the most effective lane babysitters in the game. While she can be played as a greedy, damage-dealing four and is viable as a core as well, today we are concentrating on a position five, babysitting Winter Wyvern.

Very little has changed for the hero in the easy lane. The most notable change is that very few high level players now go for the second level of Arctic Burn. Previously, you wanted to have the ability off-cooldown every wave for continuous harass, but with the recent Salve changes sustain now takes priority. The 1-4-1-1 build by level seven is the norm, followed by a maxed out Cold Embrace and a level ten Cold Embrace talent.

Being a rather straightforward and easy to use save hero, Wyvern’s biggest problem is smart positioning. No wonder most high level players rush Blink Dagger on her, sometimes with Brown Boots and unupgraded Magic Stick. It makes especially a lot of sense when the enemy has multiple right-clicking cores: landing your Winter’s Curse in a manner that will kill one enemy core with the help of another is priceless.

Don’t forget that the ability isn’t about damage, though. It is crowd control first and foremost and if you see an ability to set up a three or even four-hero Winter’s Curse — go for it. Following up Winter’s Curse with a barrage of stuns and nukes is one of the easiest and most effective ways to win a teamfight before it even started.

Later progression typically involves getting things like Glimmer Cape, Force Staff, Holy Locket and self-saves, such as Ghost Scepter or Aeon Disk. Blink aside, Wyvern item choices are extremely flexible and there are games where trying to rush Vladmir’s Offering into Wraith Pact is worth considering as well.

There is no “one fits all” build for Winter Wyvern, so make sure to check in-game, post-death damage stats and enemy team composition and items.

Dazzle is a lot less of a babysitter support nowadays and more of an aggressive one. Changes to his kit left the hero in a weird limbo, where his identity as a save support is heavily diluted by, possibly, one of the highest impact Shards in the game. When you pick Dazzle you don’t actually pick Dazzle: you pick his Aghanim’s Shard.

It is the reason why Poison Touch is maxed out first and Shadow Wave second, with a single value point in Shallow Grave. Your job past minute fifteen is to repeatedly apply Poison Touch on multiple enemies, hexing them for two seconds. Your job before the fifteen minute mark is to get 1400 gold for Aghanim’s Shard.

It might sound like a bit of an exaggeration, but we assure you it is not: one of the most common high level item builds for a position five Dazzle is Arcane Boots into Shard, into Aether Lens, into Glimmer or Force Staff and then straight into Octarine Core.

The last item is especially surprising, considering how Dazzle has the ability to provide double BKB for his teammates with Aghanim’s Scepter, but it seems his ability to repeatedly apply Hex is valued more. The massive 180-second cooldown on Good Juju doesn’t help either, though it should be noted that it decreases with each cast as well and can be “refreshed” quite quickly, typically in under one and a half minutes.

Complaints about lost identity aside, Dazzle is one hell of a hero this patch: when played well he can be a good lane sustain. Shadow Wave level one with its 80 points of heal doesn’t sound like a lot, but it has the potential to turn around ganks or aggressive lane plays. The 190 maxed out Shadow Wave heal also scales well with Armor and Magic Resistance.

Shallow Grave is still one of the most annoying abilities for the enemy to deal with and the new heal amplification makes Dazzle an exceptionally and unexpectedly strong healer in the later portions of the game. Definitely give the hero a try, even if his “lane babysitter” title is probably a little misleading.

We initially disregarded the Salve changes as largely inconsequential, but while mechanically and economically speaking they weren’t groundbreaking, it did lead to players experimenting and rediscovering old classics that work surprisingly well.

We don’t think Dota in its current state can be played with a passive mindset in mind: over the years even the hardest, most capricious of carries received tools for contesting the lane and being aggressive in it. As such, the definition of “babysitter” is also quite different and perhaps Dazzle and his 50/50 approach is what the game needs exactly.

What are your thoughts on the matter and what heroes do you think might make a comeback, now that save support are trending?

Sorry if it sounds too simplistic but is Warlock's Fatal Bonds and Shadow Word the only reason this hero is back on the meta?

I think Shadow Word is still an underrated ability, especially in a game where you can't just buy salves over and over as a support to feed your carry. But, yh, Fatal Bonds used to be number 1 reason Warlock was good, but then dispel effect was slapped on way too many items for it to be reliable. Golems are great and they finally pack a punch, but lane sustain is why I personally value Warlock highly: he can turn heroes like Spectre into viable picks, which is kinda hard right now. started playing abaddon building boots aghs right off the bat. hard way to play but the heals from coil are just sooo good I'd love a opinion piece on Oracle.