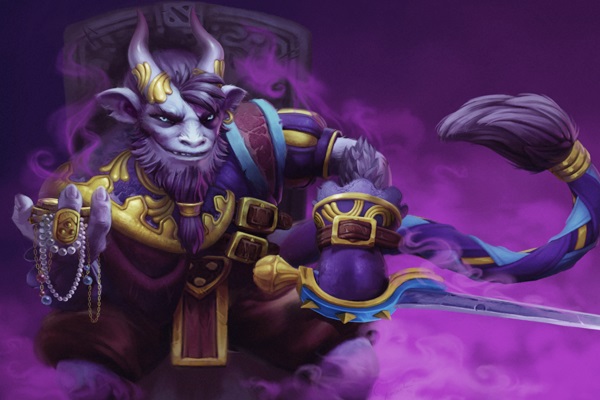 When 7.28 and the subsequent patches hit Dota, a lot of the uber powerful carry heroes faded from the meta. With heroes like Sven, Faceless Void, Spectre and Lifestealer getting nerfs the path has opened up for several new carries to enter the meta. Perhaps more importantly than the nerfs is the acceleration of the game. A lot of cheesy heroes have become more popular and Necronomicon and Helm of Dominator have been buffed again. This means it is a lot more important for the carry to be able to fight earlier and to be more self sufficient to allow for the rest of its team to run around the map making plays.

It would seem to be a bit paradoxical that Riki would be a strong hero when Necronomicon and its True Sight are popular. However, Riki is a direct response to the very high pick rate of all the Spirit heroes in the mid lane as well as elusive targets like Puck, Keeper of the Light and Mirana. Riki has always had amazing base stats which means his laning stage is quite good, especially with the new Orb of Corrosion. With many of the strong position five heroes you end up with a dangerous kill lane that can snowball into a quick Battlefury and more. Riki definitely finds some issues against Beastmaster and Lycan but that is what the ban phase is for, right?

Though it pains me to list Troll on any top hero list, as I hate the idea of losing control of your hero, he definitely belongs here right now. Troll is one of those ultimate anti-strat carry heroes who can 1v1 every other carry in the game and also lanes well against most offlaners. While there are some solid and pretty popular counters to troll in the meta now, his new Aghanim’s Scepter has done a lot to eliminate most problems the hero once had.

Troll provides strong laning, tower pressure, good match ups and is quite strong against many of these slippery heroes like Morphling and the Spirits who continue to see strong pick rates. It seems like most carries have enough time to find a farming item and so Battlefury into whatever else Troll needs takes care of his generally weak farming ability.

When it comes to strong laning on a carry that can also fight early, look no further than the Monkey King himself. After being overly nerfed Monkey King has gotten a large number of buffs to his base armor and general early game strength. Monkey King has always been a monster in the mid and late game and can create a laning nightmare for teams to deal with. With a much stronger early game, Monkey King can make the offlane almost unplayable for the vast majority of the offlane hero pool in 7.28.

With the Aghanim’s Scepter rush that has become popular, Monkey King gets both stats and damage to hit a very powerful mid game timing. Combined with his strong mobility, team fight presence and the ability to scale and take Roshan, Monkey King is a flexible carry that will see tons of play in the current patch.

This damn hero won’t go away. If you’re a Morphling player, carry on playing Morphling. Between his ridiculous ultimate and incredible survivability, Morphling is a matchup problem for most teams. Spirit Vessel has gotten worse and while there are more counters to the hero than in patches past, Morphling still provides some of the strongest mixed damage potential in the game.

After a weak couple of early levels Morphling rapidly becomes and unkillable force in the laning stage that requires constant attention from supports. With the right combination around him, Morphling can still 1v5 team fights with both right clicks and his magic burst potential. It also helps that Ethereal Blade has become one of the most popular counters to a lot of the other popular carries as well.

Terrorblade is probably the most traditional hard carry left in the hero pool in patch 7.28. A crazy scaling anti-carry with a mediocre laning stage, all Terrorblade really needs is a bit of time to win most games. This can be a bit of a problem against some lineups but players have gotten a lot better at using Metamorphosis to dominate the lane in stretches. Beyond that, it’s business as usual for Terrorblade as he relies on illusions to safely farm multiple parts of the map and reach a critical mass timing.

One of the biggest changes that has really made Terrorblade dangerous is his Aghanim’s Scepter adding a secondary Metamorphosis. Though it only lasts a short time, the combined fear and damage output is enough to win most skirmishes without having to commit a full length Meta. The added stats make the item a very reliable build up for Terrorblade and giving him essentially a refresh of his true ultimate is incredible value.

Any time Icefrog buffs Necronomicon and Helm of Dominator you know the wolf pack is coming. Despite almost immediate nerfs to the hero since 7.28, Lycan continues to be one of the cheesiest heroes in the game. Without adequate wave clear and, truthfully even with it, Lycan puts unbelievable pressure on his opponents to manage their creep momentum. The hero has become an incredibly important pick or ban in the professional scene. In a pub environment, picking Lycan is about as close to a free win as it gets in the right game.

No other hero in the game can end a game as quickly as Lycan. In a meta and in-game economy where everything takes a little time to develop, Lycan often speeds up the timer to a point where it’s impossible to counter play.

The king returns… again. Wraith King might be one of the most sneakily buffed heroes in 7.28. Initially it seemed like the reworks would be problematic but giving the King a reliable crit has made his laning stage much stronger. Additionally, Wraith King can now level his sustain providing lifesteal while also maximizing his farming potential thanks to the reworked Vampiric Spirit. The days of Phase Boots into Radiance are back for a super strong mid game timing or the hero can go for an even stronger fighting build with Armlet of Mordiggian and Desolator. Having access to a mana-free Reincarnation on demand at minute 20 is just icing on the cake.

The biggest takeaway here is that any time a hero gets their skill build simplified but also gains more flexibility in itemization it’s bound to be strong.

7.28 and beyond has shaken up the meta quite a bit more than I initially expected. Hard carry or fighting carry, it really depends on the lineups involved and the pace of play is open for interpretation as well. One thing is for certain though, there will be some under the radar heroes that we missed on this list so be sure to let us know in the comments below! Where is Ursa in this top? I think this is one of the strongest heroes of the patch in principle.

Morphling is trash with low base movespeed and weak laning stage. He usually does not have enough mana to use the spells in his ultimate. Ethereal blade was kind of nerfed also. Morphling can only be played at immortal brackets so avoid.

@dreadnought Morphling is still strong like he was last patch. I find it hard to trust your claims considering you play mostly offlane caster Morphling and average more deaths than kills across 220 matches. Lifestealer was among the dogshit tier list carries in the previous patch yet he got brutaly nerfed/reworked. no matter how many times they increase his base damage in the upcoming patchs, it basicly wont be enough. all he needs is his previous feast mechanics in pre-7.23... @Fathomorg Lmao you murdered him. you missed ursa. ez recovery from a lost lane can I carry using support heroes? @fathomorg stop, he is already dead.

btw my friend played Naix the other day, he was just a freaking creep with items. Naix isn't a hero anymore.

Spec is still decent in the right hands.

Naix is dead lol. It was dead since they changed the feast.

Morphling is not that good either actually.. 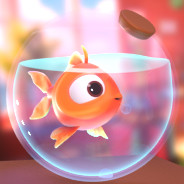