Shadow Shaman: a Good Fit For the Current Meta? 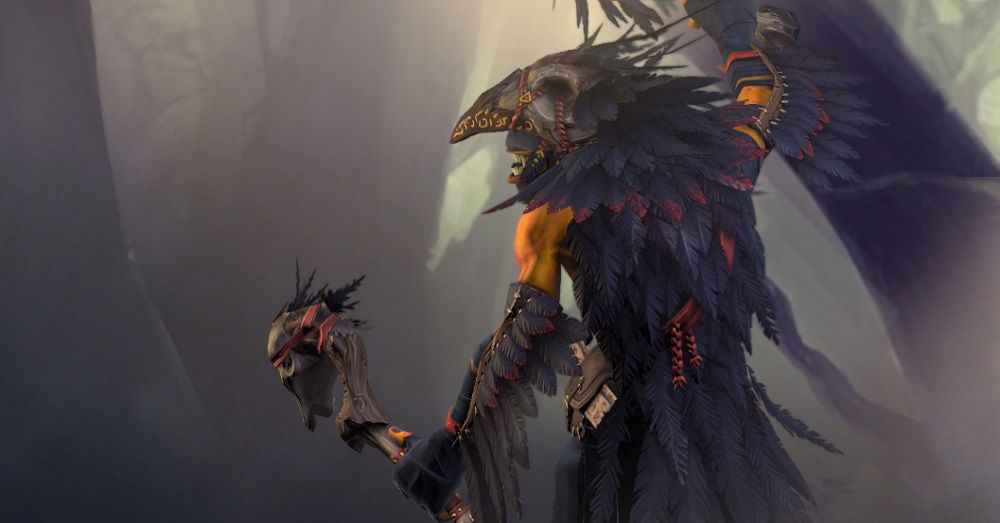 Shadow Shaman is a peculiar hero. He fits most lineups, providing strong disables, decent damage, pushing potential and zoning capabilities. Yet for some reason the hero has been largely ignored by both professional and pub players for the longest of times, ending in a 0% contest rate during the Kiev Major qualifiers. Something had to be done.

7.03 introduced one of the biggest changes to the hero, one that seems very lazy on paper. +18 flat damage increase at level 1 is a rather uninspired buff, but it turned out to be very effective, despite accompanying nerfs to attack range. This change, coupled with a small armor increase and some minor talent buffs, resulted in a substantial jump in both hero’s popularity and win rate, at least in the pub environment.

Second to (almost) none

Shadow Shaman currently has the second highest attack damage value at level one, averaging at 68.5. The only hero Shadow Shaman loses to is Treant Protector and the closest ranged competitor is Bane, with 62 attack damage and similar attack range.

This immediately puts the hero in a rather unique position as a zoner: despite being squishy, he can trade blows with the enemy offlaner and will usually be victorious in the war of consumables attrition. Having one of the strongest level 1 nukes in the game certainly helps as well.

Shackles takes priority over auto-attacks in most cases, but even a single hit from this hero can be the necessary difference between the target's survival or death.

The end result is not necessarily overpowered or scary, but for the first time in a long while, Shadow Shaman became an option. His pub win rate increased by slightly over 2% to a comfortable 52% average, with higher MMR games being more successful for the hero. His pick rate has also increased and the hero can now be seen in roughly 6% of all matches—a minor improvement from the previous value, but indicative of a possible upwards trend.

The current meta largely concentrates on a strong laning stage and an advantage in the mid-game, which either allows the team to close the game quickly or starve the enemy of resources with superior map control. Shadow Shaman definitely fits this playstyle.

There are two main functions the hero performs for the team, once the laning stage is over. He is one of the strongest single-target crowd controllers, with access to two powerful disables and an extra situational one. And he is great at pushes and even occasional split-pushes. The latter portion is what separates him from most supports and the more conventional disablers, such as Lion, Bane and even Rubick. For that, the hero sacrifices some damage and situational utility.

If you look at high level pubs or professional games, there is always at least one hero who either enables their team’s push or is exceptional at pushing himself. Troll Warlord, Lone Druid, Shadow Fiend etc. are all part of the meta not only because they are rather strong carries individually, but also because they are capable of translating successful skirmishes and teamfights into map control gains.

This frequently makes Shadow Shaman’s skill set inferior: pushing potential can become redundant and is frequently not worth the cost of lost utility and burst damage in teamfights. In typical meta lineups it leads to a very awkward situation, where you want to be with your team to provide the necessary disables for teamfight, but you also frequently don’t get a chance to use your ultimate to a maximum effect. The alternative is wasted disabling potential, for very risky potential gains in the pushing department: even a single core hero will have little trouble dealing with the

As such, it is possible to conclude that the hero should only be picked in situations where your cores are not exceptional at taking towers: Shadow Shaman works best with heroes like Ursa, Tinker, Storm Spirit etc., since all of his skills will actually have full impact, rather than being a “win more” type of deal.

Attempting to play the hero in the core position is currently ill-advised. It was a short-lived gimmick back in the day, but it never truly worked and is probably less likely to work now. Shadow Shaman is a support through and through.

That said, the hero does need at least some farm and he really needs his levels. His disables are at their best at level 4, but their mana cost progression is painful. It is especially noticeable with

Hex: on one hand you want to level up the ability, since at level 1 it only disables for 1.25 seconds; on the other, each level adds 30 extra mana cost to the spell and despite Shadow Shaman’s impressive Intelligence gains, it can quickly become too expensive for the hero to use all his spells even once over the course of a teamfight.

The hero’s talents do not address the issue either: he has no flat mana pool increases and the only “stand out” talent is the cast range increase at level 15, which makes positioning with the hero so much easier.

On top of some mana sustain item, the hero also really needs his Blink Dagger. It bolsters both his functions, allowing for sneakier split-push and instant initiations. The hero is also extremely squishy and will generally be the primary focus of the enemy initiation: he is fast to take down and can be very problematic, if not dealt with and allowed to channel his spells in the backline.

Later item progression for the hero is very open. Aghanim’s Scepter for the hero is good, but not exceptional. Glimmer Cape can be a very good supporting item and in the lower MMR games can become an “instant win” button, since dealing with a 5 second disable on your main damage dealer is hard. Ghost Scepter, Lotus Orb, Force Staff etc. should not be forgotten either: these items are situationally good. Aether Lens is not a popular choice, but can be situationally good, especially in games where the enemy has no good gap closers.

The buffs to the hero did not make him a lot more successful in the professional environment. As discussed previously, the current meta really favors core with strong pushing potential, making Shadow Shaman redundant and the hero lost 3 games he was played in during DAC so far. What is perhaps even more important, the hero, even when complimenting a strong teamfight lineup with no push potential, is still too cooldown dependent.

No matter the MMR, pub games are going to be played at a much more leisurely pace: even with exceptional pub players, every strategic decision will take at least several seconds longer in a pub game, compared to a well coordinated professional team. And these seconds add up over the course of the game, making cooldown-reliant heroes such as Shadow Shaman substantially better.

It doesn’t mean the hero is bad or that he has no chance of winning a professional game, but it does mean that you will probably need to draft slightly outside of the regular meta, for the hero to be the best possible option and it is akin to purposely laying a trap for yourself, only to evade it later and proudly pat yourself on the back.

In an All Pick pub environment however, it is usually your teammates who lay this trap and avoiding it with a Shadow Shaman pick definitely makes the aforementioned pat on the back appropriate. Shadow Shaman is very fun to play, because he has a lot of targettable spells and requires understanding the whole picture of the team fights. SS is especially good paired with Jugg spin early on. WIND LACE BOOTS AND 20+ TALENT AND BLINK DAGGER, I LOVE THE MOBILITY HE CAN GET WITH LITTE FARM

I think the biggest problem lies with his ultimate. Kawaii rightly states that using wards is a stressful thing because using them too early in the fight means they aren't used against a tower, but not having the damage during the fight is risky. Turning the wards into summons might fix the problem, because right now they are just a worse version of warlock ult. Some balancing would be necessary, but it would mean you could have a little more flexibility in your use of snakes. Nobody will ever be 14th. YAY Hon pros knew how to play him back in the day. Getting kills by trapping people in their wards without using any other spells. The thing with pubs is can you get the team to fight around the goddamn wards.....so back to not picking supports.

He's really good with Ursa because a shackle in late basically guarantees a kill and SS mitigates Ursa's poor pushing. How SF can be a pusher? ROFL. His passive is not decrease armor of buildings.
And Shaman is really good on mid. SF usually builds deso, and can clear quick with spells. The pro teams usually engage andpl pull out then re-engage....ss shackels are channeled, and his serpents stay in place.
So he is cumbersome and not very good at maneuvers I think SS fits to fast dota strat and 7.04 is more of a very slow dota environment with more emphasis on team fight and strong laning and less passive farming compared to 6.88. So I think SS do not fit the current meta. i feel hes good against antimage. he has 2 long disables and peaks exactly in the time where antimage wants to farm & avoid fights. We haven't seen much of 7.04 though. And I would definitely call SS a strong laner. The heroes Kawaii mentioned in the article are all strong pickoff heroes, which I think is the best way to play SS. In a meta that loves teamfight, a pickoff duo like blinking ursa and ss can be the perfect thing to disrupt a cohesive teamfight opportunity. So grab teamfighters for the rest of the team?

yes sure, but this shouldnt happen when u play a proper push strat with SS.

Weighing in on the AM aghs thing:

AM having aghs is certainly nice and will help disrupt but there are always good ways to deal with the problem. If your SS has force staff he can cast it on AM which would have the exact same effect as if he force staffed himself. In teamfights you can q the AM or let someone else tank a spell on him.

The bigger problem is the fact that by the time AM gets the aghs he probably already has a couple other items and is hitting his window, which comes far after SS window has closed. Aghs refresher requires so much farm though, that's on top of an absolutely necessary blink arcane. If you are successfully fighting towers with those items you likely have a late game team which means your carry has all the push your team needs which means your ulti is probably overkill as is. SS is too squishy to split push on his own so you're talking a rare naga situation probably. 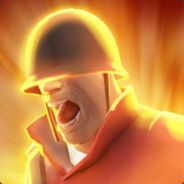 the point is you go put them up in a lane than walk away and bye bye buildings (hence you can push a different lane to distract them or go rosh), the wards either create space or use space created